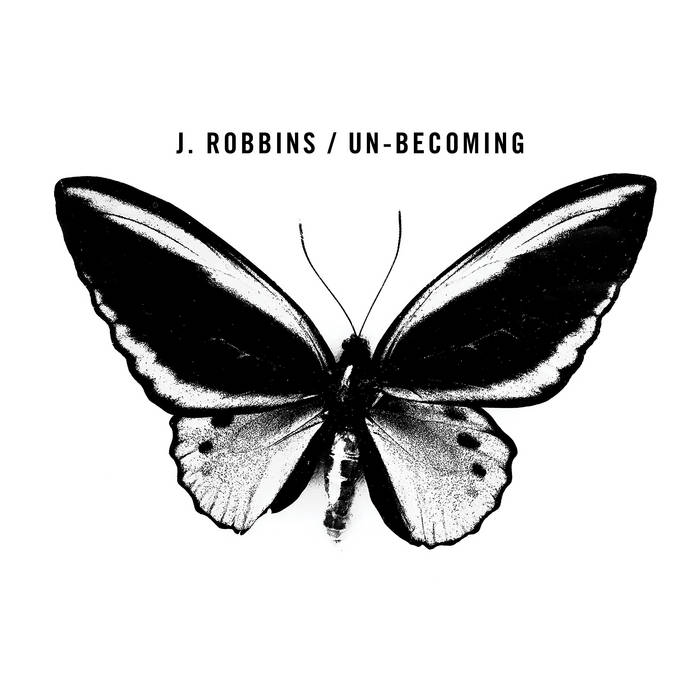 Zachary Johnson J's compossions and production are always pleasing to my ear. The tones on this record are so perfect and the layers of sound just make it really interesting and fun to listen to and pick out the little pieces! So good so glad he's still making music. Favorite track: Un-Becoming.

Stephen Reeder J. Robbins has really crafted some of his best songs on this album. This album is a rocker, and although we're not likely to get a new Jawbox album any time soon, Un-becoming is one of J.'s finest efforts to date.
Kudos to his backing band, Brooks Harlan, Gordon Withers, and PETE MOFFETT! It's great to hear J. and Pete make music together. Pete's the bomb. Favorite track: Abandoned Mansions.
more...

J. Robbins has been the guitarist/singer and primary songwriter (or pushiest collaborator) in several bands since the early ’90s, including Jawbox, Burning Airlines, Channels, and Office of Future Plans. For the bulk of that time, he has also been active as a recording engineer/producer, working with musicians from around the world at his Baltimore-based studio, The Magpie Cage.

J. started performing as a solo artist around 2010, making occasional low-key releases on Bandcamp and contributing to two benefit compilations that were released on Germany’s Arctic Rodeo Records.

Un-Becoming -- which came together in short bursts of activity spread out over the long stretch between 2016 and 2019 -- is his first full-length solo record. On 11 of the LP’s 12 songs, J. is joined by former Burning Airlines drummer Peter Moffett, Brooks Harlan on bass, and Gordon Withers on cello and guitar.

J. Robbins has been the singer/guitarist and principal songwriter in several DC-and-Baltimore-area post-punk rock bands since the late 1980s, most notably Jawbox, Burning Airlines, and Channels. He is also owner and operator of the Magpie Cage recording studio in Baltimore MD. ... more

Bandcamp Daily  your guide to the world of Bandcamp

Featured sounds by K.Spark and WIZDUMB, plus Basi joins the show to discuss his latest release.